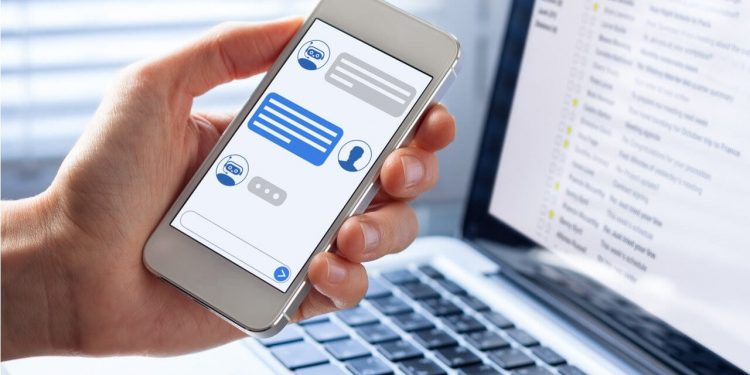 what is a Chatbot? | Image Credit: Shutterstock

A chatbot is a software application used to conduct an online chat conversation via text or text-to-speech, in lieu of providing direct contact with a live human agent. (Wikipedia)

Table of Contents hide
1. What is a Chatbot?
1.1. RelatedPosts
1.2. How To Successfully Digitize Your Business For Growth
1.3. The Role of Artificial Intelligence in Business: Opportunities and Challenges
2. Chatbot, the Strengths
3. Chatbot and Consumer Satisfaction
4. Chatbots and Robots, a Growing Market
5. Chatbot, a Human intelligence
6. The International Chatbot Market

What is a Chatbot?

To understand what chatbots are, we need to think about the Internet that has accustomed us to a remarkable response speed compared to the past, thanks above all to search engines, which are able in a few seconds to release an immense amount of information on all our questions. Not to mention chats in interpersonal relationships. It is perhaps also for this reason that, both as users and as suppliers, we are extremely frustrated when we find ourselves immersed in offline processes – often cumbersome – that takes time and attention away from us.

This would be enough to explain the phenomenon that chatbot, thanks to the progress of ‘ Artificial Intelligence and not only that, it makes it possible to actually dialogue with the machines and obtain answers, albeit to specific and limited questions. We are talking about the chatbot phenomenon, a “non-human” contact that uses artificial intelligence algorithms to return a structured dialogue to the end-user.

And automatically answer our specific questions, such as:

what temperature will there be on August 30 in Milan?

From a technological point of view, chatbots are software solutions designed to simulate a human conversation.

The term derives from “chatterbot” coined in 1994 by Michael Mauldin (the creator of ChatBot Verbot) to describe conversation programs.

Chatbots are often referred to as “intelligent agents” but there are numerous variations; some simply scan the keywords that arrive as input to process response with the most corresponding keywords, others are able to simulate human behavior through advanced recognition systems and natural language processing.

A technological solution which, in reality, is not entirely new but which has been overwhelmingly cleared through customs by the most recent investments of crucial IT market players such as Microsoft and Facebook. The areas of use have proven to be innumerable: from classic virtual assistants to advanced CRM systems or solutions capable of ensuring information on news, offers, and promotions. The strength of chatbots is clear: unlike normal “human” call centers, a chatbot is always present, 24 hours a day, 7 days a week.

You May Like: User experience to become a Google ranking factor

As a recent investigation, consumers view chatbots as the key to quick, immediate, and convenient interaction with online services, hoping for greater effectiveness and satisfaction. And thanks to the deep integration with social networks and messaging apps, you can know the tastes, preferences, interests, age, language, and much more of those who interact with it, allowing you to offer the right solution or answer at the moment quite right.

Furthermore, and this is probably the real difference compared to the past, today chatbots incorporate Machine Learning functions, therefore they learn from their “mistakes” and user behavior.

So it is clear that, especially for companies that interface directly with end users (but also for those who have to deal with a large number of suppliers), it becomes important to have solutions of this type, which can of course also represent an important advantage from an economic point of view.

“Unsatisfactory interactions with brands and negative experiences strongly influence consumer choices and companies to continue to be competitive must work precisely on those aspects that generate greater frustration in their customers”.

Chatbots and Robots, a Growing Market

There is another advantage that is not adequately considered: building a basic level chatbot is not particularly expensive or complicated, so much so that there are several open-source platforms that allow even small-sized companies to create a service of this type in a few steps.

In addition to the open and free solutions, however, it is clear that what a chatbot is a very profitable market also from an enterprise point of view, so much so that, in addition to the aforementioned Facebook and Microsoft, companies of the caliber of WeChat, IBM, etc. So much so that the latest forecasts are drawn up by Market research forecast for the next few years a sustained growth of bots and similar (+ 37% per year between 2017 and 2023), with a turnover that should reach 6 billion dollars by 2023.

According to Gartner, by 2019, 20% of companies will abandon their mobile app in favor of chatbots.

Pushing this race is also the possibility of integrating user payments into the chat system, thus making it possible for companies to sell products and services directly to their customers. Facebook Messenger has already moved in this direction, at the moment, it supports payments with PayPal, but other solutions should soon arrive.

Obviously, in this year and a half of great diffusion of bots, there have been real flops and accidents, demonstrating that the chatbot system still has to make numerous steps forward. In particular, according to Nuance, in order to be successful, a bot must be able to hold an intelligent two-way conversation. Like any human being, the bot must know how to contextualize as soon as the user changes the subjects or if he uses informal language with colloquial expressions.

Currently, most bots are not sophisticated enough to address these requirements, only fulfilling simple requests.

According to the 2018 Grand View Research report, the global chatbot market is expected to reach $1.25 billion by 2025, with a CAGR of 24.3% (average annual growth rate).

The chatbot industry is expected to see significant growth over the forecast period as it will allow businesses to substantially reduce operating costs, analysts say. In addition, innovations in artificial intelligence and machine learning technologies are likely to improve the characteristics of chatbots, which represent an important engine for the AI ​​market in general.

Today, the entire chatbot ecosystem includes various cross-linking features that facilitate enhancing the performance of chatbots in all applications.

From an implementation point of view, most companies prefer to integrate chatbots into their websites to have immediate and simplified interaction with their customers.

The market will also grow because it is driven by other trends. Technologies such as artificial intelligence, IoT, and APIs, among others, are evolving rapidly. Chatbots are integrated with these technologies to offer advanced operations, thereby driving market demand.

AI-based chatbots and voice-based audio are expected to account for the largest market share in the future. Furthermore, speech recognition has improved dramatically, especially in terms of native languages, which should result in better performance than chatbots in various applications.