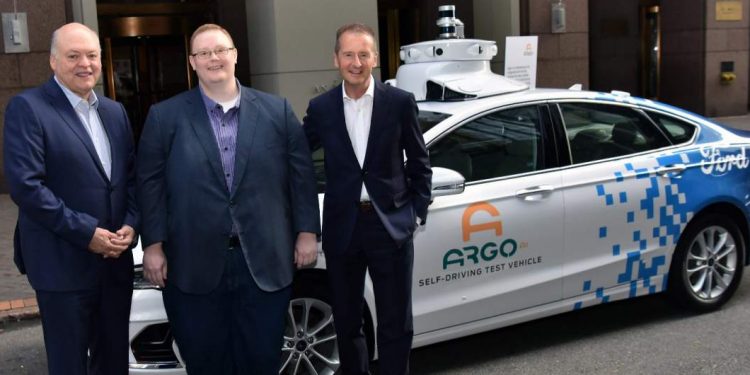 Volkswagen is investing $2.6 billion in the Argo AI self-driving startup, in which rival Ford has held the majority since 2017. VW’s own subsidiary for self-driving cars will merge into Argo AI.

The deal was already announced in 2019, and is now under wraps: Volkswagen participates in the US startup Argo AI, which specializes in self-driving cars, and is said to hold the same stake in the company as its US competitor Ford. The scope of the deal totals $2.6 billion.

As part of the investment, the VW subsidiary Autonomous Intelligent Driving (AID) will also merge with Argo AI. Up until now, AID was subdivided into the VW subsidiary Audi and was responsible for the development of self-driving cars. The startup already has offices in the US cities of Detroit, Palo Alto and Cranbury, with the merger, Argo AI now employs 1,000 people worldwide.

With the cooperation, VW and Ford primarily want to save money on the development of self-driving cars by sharing the costs. On the other hand, there should be no cooperation with the products developed on the basis of Argo technology one day. This was confirmed by John Lawler, Ford’s head of self-driving cars, in a blog post. His company plans to spend the money saved through the cooperation primarily on product development.

Microsoft lays off journalists to replace them with AI