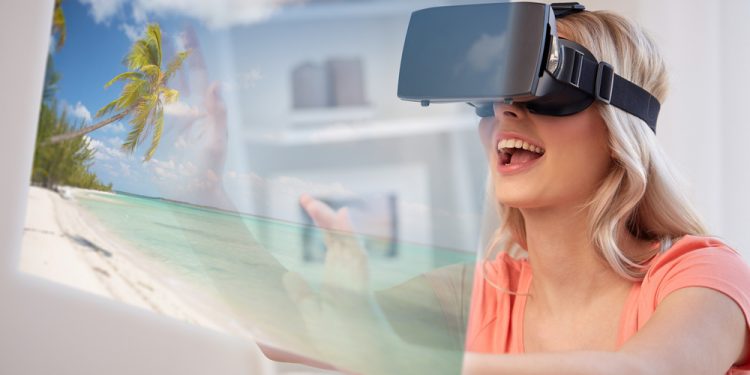 Man has always been an adorer of nature, so exploring the world of nature has also been one of the greatest interests of man. Due to the current lockdown, everybody is bound to stay at home to be safe from the risk of coronavirus. It has created a sense of monotony and boredom all over the world.

But thanks to Virtual Reality which has enabled a man to travel the world without traveling. It mainly has three types, i.e. non-immersive, semi-immersive and fully immersive. Samsung Gear VR, HTC Vive, Google Earth VR, and Sony PlayStation etc. help you explore the world right from your home. You don’t need to travel physically anymore.

All you need is to have an Xbox and a quality headset. VR has reshaped the digital world with its amazing features. Staying home is the best thing to do these days and VR can add joy to your loneliness without causing any harm. In below, we will have a look at some features and uses of virtual reality and how it can be our partner in such drastic situations to soothe our senses:

The virtual world is a computer-based imaginary space that is created by a simulation made of visual elements. These elements are rendered with computer graphics. Interactions and relations between these visual elements in a custom-built simulated environment are controlled by the rules set by the developer or creator. For example, when I first used the VR device, I was given the illusion that I am swimming deep in a lake surrounded by dozens of fish. The motion of fish according to the movement of my body was actually controlled on the rules set by the creator of that VR device.

Immersion features in VR let you be physically present in a non-physical environment. The user is surrounded by images, sound and other stimulus objects that allow the user to fully immerse to another world i.e. virtual world. One can be allowed feeling like climbing on Everest by simply wearing the VR headset and activating the VR device.

VR devices and headsets are designed in such a way that they have the ability to detect the position of the user and whenever the user makes a move, these devices give sensory feedback to give the user an illusion of moving in the real world. This procedure is done as close to reality as possible. The users don’t press any button to move around, instead, they actually move around. This can be elaborated by a VR gaming where you move the steering of your vehicle to rightwards and you can easily feel your body swinging in the same direction.

Virtual reality should include virtual elements like a whip to beat the opponent, breaking a glass, picking up a sword and swing it to kill the enemy, pushing the ignition button to start a jet, etc. I can still feel the passion with which I had shot the escaping robber with a gun and shouted with joy. But then I realized the fact and laughed to myself that I made this victory only virtually.

The comfort of the user using the VR device is taken as the foremost priority by the VR manufacturers and this is not less than a challenge for most of the companies. One of the important aspects is to minimize head movements.

According to some research done by a VR designer at Samsung, the comfortable limit for head movements while looking right and left is between 30o to 50o and while looking up and down it should be between 20o to 50o. Thus, not every VR app needs to be 360-degree. Constant speed can add to the comfort of the user.

A sudden increase in speed can cause discomfort to the user. VR can touch the pinnacle if it provides user with a high frame rate. Once the frame rate drops, staggering images will be produced and it will ultimately lead the user to the motion sickness. Depth of the vision is a factor that a designer should never ignore. As the research and experiences show, the comfort zone between the user and virtual interface or other visual objects is between 2 to 10 meters. The user can easily focus on all UI elements within this limit.

There can be multiple ways of user interaction with the VR devices. The most common of them is the use of a reticle which is controlled by the user’s head. The feedback from the VR device is provided by the usage of color and sound. A transition in color or change of sound occurs when the user moves his head to any direction to control the visual object or objects.

Different cues can be used to indicate whether the user is going in the right or wrong direction while finding a way or path. For example, green color combined with specific sounds can indicate the right path. Whereas, red color along with an alarming beep can inform the user that he or she is going in the wrong direction. Small in size and comprehensive UI elements are appreciated to be visible on the user interface as the large UI elements can clutter the view of the user.

While we have learned a handful about virtual reality technology, it’s time to give our readers a brief outline of how they can facilitate themselves with this mind-blowing technology. The VR devices are heading towards new advancements with every coming day.

A man can be allowed to swim deep in water, climb as higher on a mountain as he desires, look deep inside the human body structure, rejoice himself with exceptional gaming deals, and even walk on the surface of Mars without walking a single step. This all can be possible by simply having a VR device that will take you to a new world, the world of your own will.

The deadly coronavirus has restricted people to their homes, so VR technology can not only enhance the chances of enjoyment of people but also add much to their knowledge. So, we have found a golden chance to explore the world in a more efficient way and in a cost-effective method.

Go, get the damn VR device and leave the boredom behind. Digitalsoftwaresolutions.com wishes its reader a safe and sound lockdown and prays everybody to be healthy and happy at their homes.

SEO Audit in 1 Hour: This is How You Do it Yourself