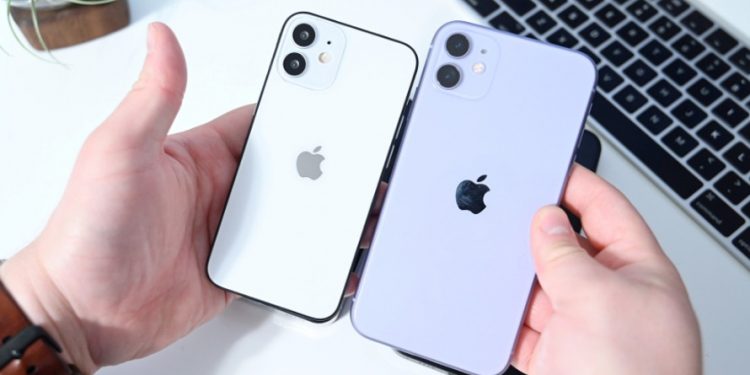 We have to wait a few more weeks, but a lot is already known about the iPhone 12 the phone of 2020. Time for an overview of the most reliable rumors.

We write about the new iPhones almost every time when new device launched. On this page, we will keep you informed of the most reliable rumors so that you know approximately what to expect. Do take a leap of faith, because in this article we are talking about unconfirmed information.

In recent years, Apple has consistently released three new models. That seems to be changing this year. Several rumors indicate that the iPhone 2020 series will consist of four models. The final names are of course not yet known, but for now, these are the contenders:

If this information is correct, one model will be added this year: the iPhone 12 mini. With its 5.4-inch screen size, this device seems to fit much better in the hand than the other models.

No more LCD, but OLED

The 2018 iPhone XR and 2019 iPhone 11 are cheaper versions of high-end iPhones announced at the time. To keep the price down, these devices were therefore equipped with LCD screens, which are of lower quality than more expensive OLED panels.

That would change this year. According to rumors, Apple will also use high-quality OLED panels for the entry-level device. These types of displays provide, among other things, nicer colors, deeper blacks and better contrast values.

The iPhone 12 Pro and Pro Max seem to live up to their name thanks to the addition of ProMotion. This special screen technology entails a high refresh rate of 120Hz. This means that the screen refreshes 120 times per second.

You notice such a high refresh rate while scrolling: images look much smoother. Current iPhones get stuck at a refresh rate of 60Hz. We already know the ProMotion screen technology from the iPad Pro 2020. This tablet refreshes the image 120 times per second.

In terms of resolution, the iPhone 12 series does not promise to improve. Several smartphone insiders indicate that the PPI ratios remain the same. Ppi is the ratio between screen size and the number of pixels. The higher the PPI, the sharper the screen will look.

Design is reminiscent of the past

In recent years, Apple did little surprising things in terms of design. That seems to be changing with the iPhone 12 series. All four models appear to be based on the iPhone 4, an iconic Apple device from 2010. If this information is correct, the 2020 iPhones will have a design with hard, eye-catching edges, a metal frame, and a flat back.

The fronts seem to be almost filling the front. This design choice is possible thanks to the smaller notches. Apple would like to make the notch of the iPhone 12, 12 Pro, 12 Pro Max and 12 mini a lot smaller. This cut-out contains all the necessary sensors for Face ID to work properly. How Apple will exactly manage to reduce the notches of the 2020 iPhones is not yet clear.

In addition to a more angular design and a smaller notch, there will also be a new color variant. The expectation is that the iPhone 12,  just like the iPhone 11, will also come in six color options. Because yellow, red, white and black have been in the range for some time, we expect these colors to make an appearance soon. The company may swap green and purple for slightly different colors.

The Pro and Pro Max variant of the iPhone 12 will also receive an update. The three colors of space gray, silver, and gold probably aren’t going anywhere, but dark green may well clear the field. This color option would be replaced by dark blue, also known as navy blue.

Touch ID below the screen

It looks like all four iPhones 12 get a Face ID camera so you can unlock them with your face. Still, Apple wants to go a step further. After years of rumors, it seems the company wants to bring back the Touch ID sensor, but below the screen.

You do not see the scanner, but it is present under the screen. Do you want to unlock one of the iPhone 12 models later? Then put your fingertip on the specific place on the screen. A Touch ID scanner under the screen thus promises to be a nice alternative for when Face ID is not working properly.

In 2019, Apple made major changes to the camera area. We, therefore, expect 2020 to be a bit less spectacular. The iPhone 12 (and mini) would therefore get a dual camera lens, just like the iPhone 11. This module appears to consist of the main camera and a wide-angle lens. The latter is ideal for capturing large groups or taking landscape photos.

The iPhone 11 Pro received a major camera upgrade last year with the addition of a third camera lens. According to rumors, Apple will use the same camera system this year but add an extra LiDAR sensor. We know this sensor from the iPad Pro 2020 and ensures that the camera can measure distances.

This opens the door to augmented reality apps that work specifically with depths. Consider, for example, the IKEA app. This application allows you to place furniture in your house without leaving the house. Portrait mode also promises to improve with the addition of a LiDAR sensor.

Where the 5G network is gradually taking shape, they can already get started. So it makes sense that Apple has been working on the new communication standard for years behind the scenes. However, it would take until 2022 before Apple unveils its first completely homemade 5G iPhone.

Until then, the company seems to rely on the parts of external parties. As a result, we hear several telecom insiders say that the iPhone 12 will be the first iPhone with 5G. The iPhone 12 will receive support for two types of 5G technologies. It could be that the first 5G iPhone is somewhat delayed, and Apple first unveils iPhones without 5G.

The four iPhones to be unveiled in September will all run by default on iOS 14, the major software update unveiled at WWDC in June. The new update introduces a number of special innovations, such as the App Library and widgets. The stability of the operating system is also improved.

Furthermore, the iPhone 12 line-up is expected to be powered by the A14 chip, Apple’s latest processor, and the successor to the A13 chip. The latter could count on the necessary compliments last year. The A13 processor was not only a lot faster than predecessors, but also managed to get the most out of the battery life of iPhones.

The A14 processor is expected to build on this stable foundation. The A14 chip is even faster than the A13 chip. This would be about 12% to 15% faster than its predecessor.

No accessories in the box

The iPhone will be delivered without a charger and EarPods this year. Apple would like to reduce costs with this but also omits the accessories to limit electronic waste. As compensation, the company would put a firmer charging cable in the package. This breaks less quickly than the current cables.

The announcement of the iPhone 12 series now seems to be getting really close. We don’t have a fixed date yet, but an invitation to the Apple event doesn’t seem far away either. A rumor recently stated that we can expect a date this week.

Apple recently officially postponed the iPhone 12 event by a few weeks, so that the four new devices will most likely be unveiled in October. In any case, we keep a close eye on all information about the release date.

The iPhone 12 rumors cannot be shut down without talking about money. Little is known about the prices of the 2020 iPhones. However, it seems likely to us that Apple will maintain roughly the same prices, or even raise the price tags slightly. Therefore, keep approximately from prices: 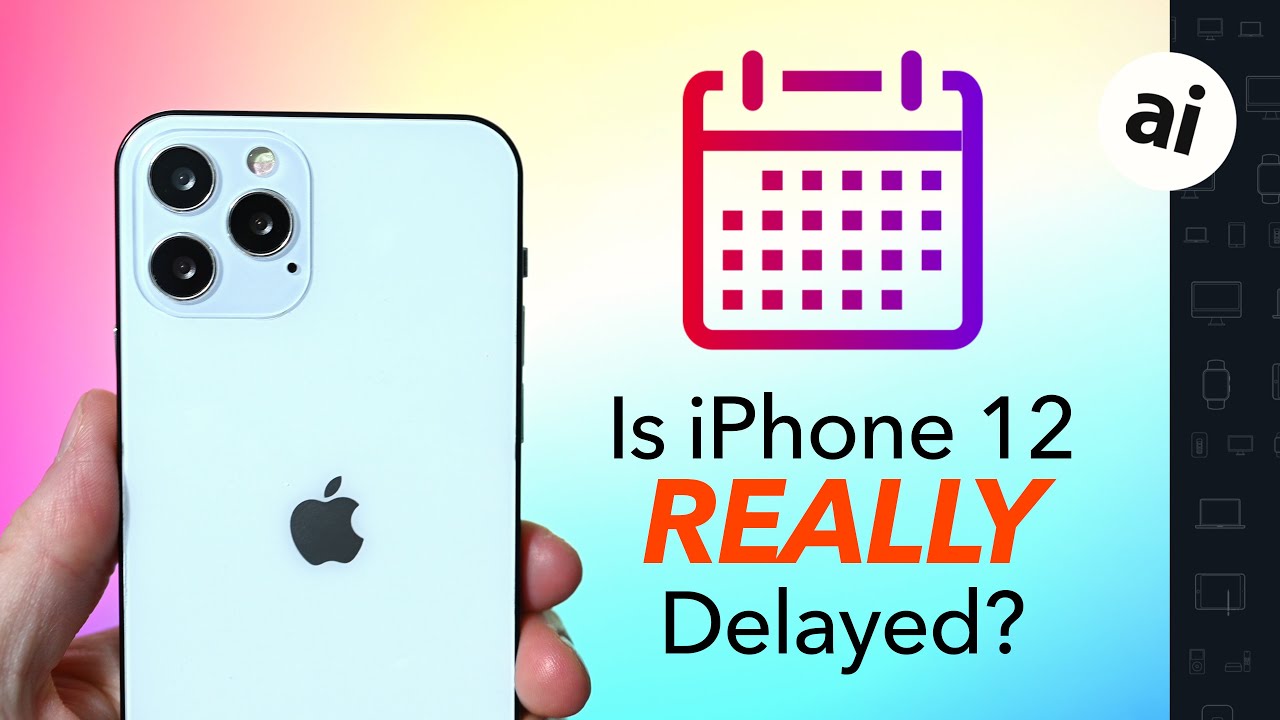 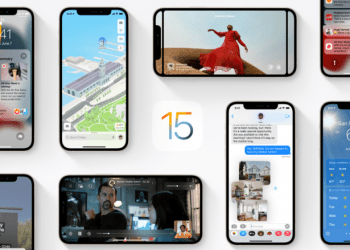 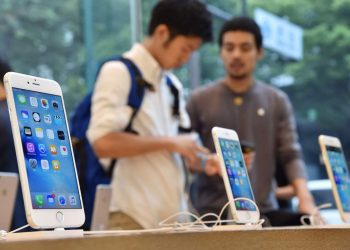 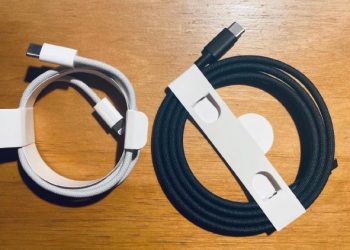 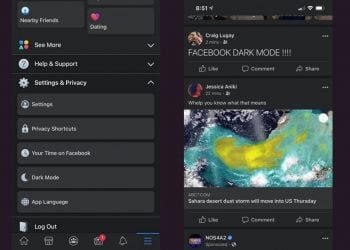