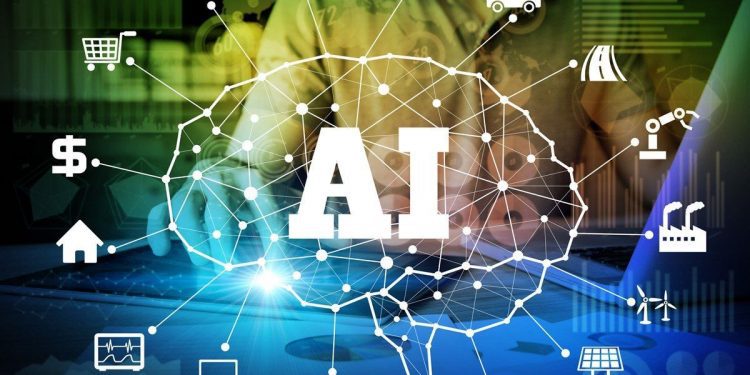 Artificial intelligence is the intelligence with which machines, software and devices independently solve problems. They imitate the mind of man.

The big question surrounding artificial intelligence is what role we want to give it in our lives. What happens if computers perform better than humans? And who decides what is ‘better’?

Artificial intelligence is a technology with many dilemmas. With each new application, it is important to consider ethical and legal questions. Let’s try to discuss the introduction to Artificial Intelligence.

What exactly is artificial intelligence (AI)?

However, the devices are not aware of the tasks they perform. They follow algorithms and recognize patterns. By learning from their own mistakes, they deliver a better result. You also speak of Machine Learning .

There are also robots that can read social signals, such as facial expression and intonation. Sophia is such a robot. We call such a robot – almost identical to a human.

Artificial intelligence can have great benefits for humanity. The recognition of speech, images and patterns, the self-steering systems, translation machines, running robots and question-answering systems can help us in terms of convenience, user experience and efficiency.

Healthcare also expects great things from AI. An intelligent computer could perceive and recognize small changes and deviations much more accurately than a doctor of flesh and blood. AI can also tirelessly perform very complicated operations.

As a society, we must be critical of the thinking ability we give machines. According to scientist Nick Bostrom, a successful AI could be the best, but perhaps also the last invention of humans.

Together with hundreds of other scientists, including Stephen Hawking, and prominent figures, he presented an open letter at the International Joint Conference. In this letter they warn in particular against weapons that can make autonomous decisions, and that will be more dangerous than nuclear weapons.

They argue for more research into the ‘self-learning aspect’ of artificial intelligence. Only in this way will developed systems continue to do what we – as humanity – want.

Artificial intelligence is also at the basis of deep fake news , a new form of fake news.

In practice, we already regularly use AI. For example when you google. Google uses intelligent algorithms to match the search results to your wishes. You can read that this has disadvantages in the Filter Bubble file .

Many apps on your smartphone use AI. For example:

The dangers of AI are illustrated by autonomous weapons such as the killerdrone, an armed drone that can be used to kill from a distance.

Another practical example are chatbots. More and more companies are using these virtual interlocutors, who independently answer questions from users. Chatbots (a combination of chat and robot) can be used, for example, as customer service via websites, as an educational tool or for entertainment.

Chatbots have advantages and disadvantages. These bots can answer an infinite amount of chats at the same time and are also available 24/7. Still they are robots. For example, they have difficulty with spelling mistakes and sarcasm and will not always understand complicated input. In addition, chatbots can be used as ‘social bots’ to spread fake news via social media.

Films about robots and AI

Robots and artificial intelligence have been a popular subject for filmmakers for decades. In 1968, a similar technique was fantasized in the 2001 film : A Space Odyssey .

Many science fiction films are based on the idea that AI will be responsible for the downfall of humans. Examples are The Matrix , I Robot and Autómata . Machines become autonomous and can fully develop without our intervention. When AI is smarter than humans, we call it super intelligence.

What is the difference between an algorithm and artificial intelligence?

More and more websites and devices around us are using algorithms . For example, Facebook uses algorithms to determine what you see on your timeline and YouTube to recommend your videos.

But what is an algorithm? An algorithm is actually a mathematical formula. In programming language it is an instruction, a piece of code, to solve a problem.

With artificial intelligence, the mind of man is imitated: the device can (independently) learn and make decisions. Such as a self-driving car or a chatbot.

View the files Artificial Intelligence and Algorithms for explanation, videos, tips and examples.

AI is all about automated reasoning to reach conclusions.

What can I already do with AI?

Take advantage of Siri, Cortana, Google Now or Facebook M. Ask questions and see what answers you get.

This gives you an idea of ​​how AI works.

What is an algorithm?

Algorithms are playing an increasingly important role in our media use. For example, Facebook uses algorithms to determine what you see on your timeline and YouTube can recommend new videos to you. Algorithms offer great convenience, but can also, for example, ensure that you end up in a filter bubble .

What is the difference between AI and Machine Learning?

A good example is the product advice from webshops, based on the click behavior of the customer.

What is deep learning?

Deep learning is a new name for what is known in computer science as ‘neural networks’. The goal is to mimic the way the human brain learns. Deep learning therefore enables computers to learn new things from large amounts of data, regardless of whether that data consists of numbers, text, sound or images.

For example, Google managed to have an algorithm discover what a cat is based on thousands of videos on YouTube, without Google ever explaining specifically what a cat is and how to recognize it.

What Is Digital Literacy And Why Is It Important?

What Is Digital Literacy And Why Is It Important?