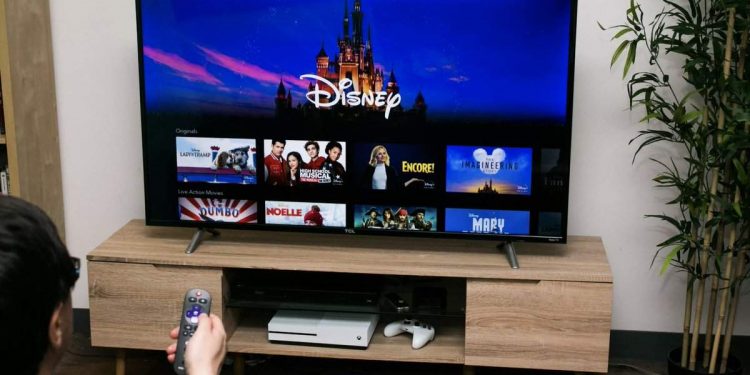 you can view the Disney Plus app on your iPhone or iPad or look in the browser on your Mac. There is also a Disney Plus app for Android. But it is better to watch the content on the larger screen of your television. There are several ways to do this. So end your free Disney Plus trial and curl up on the couch with a bowl of popcorn!

Table of Contents hide
1. RelatedPosts
2. How To Successfully Digitize Your Business For Growth
3. The Role of Artificial Intelligence in Business: Opportunities and Challenges
4. Watch Disney Plus on Apple TV
5. Stream via AirPlay
6. Via a (built-in) Chromecast
7. Via a game console
8. Via a cable
9. What is Disney Plus?

Watch Disney Plus on Apple TV

Chances are that you as an Apple user have an Apple TV at home. Is that indeed the case? Then you can directly download the Disney Plus app in the App Store and view it directly via the TV to which the Apple TV is connected. You do need a newer Apple TV here: the slightly higher model with access to the App Store. The old Apple TV with fixed channels does not support it.

If you have an Apple TV, you can also stream the image from, for example, your iPhone to the TV via AirPlay – you do not necessarily have to download the app. AirPlay has recently also been supported by a large number of newer smart TVs, so you don’t even need an Apple TV anymore. Recently bought a new TV? See if it works with AirPlay. After that it is a matter of going through the following steps:

Via a (built-in) Chromecast

The Chromecast is becoming increasingly popular and there are also more and more smart TVs with a built-in Chromecast. If you have a Chromecast, it works as follows:

Related: Apple Watch gets Sleep tracking and more in watchOS 7

Via a game console

Are you a gamer? Disney Plus is also available for download for various game consoles. At this moment you can watch Disney Plus via PlayStation 4: download the app from the corresponding Stores. Disney also promises support for Xbox One, but at the moment the app is not yet directly findable.

You can also connect your iPhone, iPad, or iPod touch to your television via cable. HDMI is then the magic word. Apple has the Lightning to Digital AV adapter (€ 55) for this, which is suitable for the transmission of image and sound. You also need a separate HDMI cable with that, chances are you still have one. You can also connect your Mac to your television via HDMI. Keep in mind that for the newer Macs you also need an adapter, such as the USB-C to Digital AV Multiport Adapter ($79).

What is Disney Plus?

Disney Plus is the new streaming service from Disney, with all kinds of Disney films (how about Frozen 2 ?), But also content from Pixar, Marvel, LucasFilm (from Star Wars), and National Geographic. Want to know more about the streaming service? Read everything you really need to know about Disney Plus.